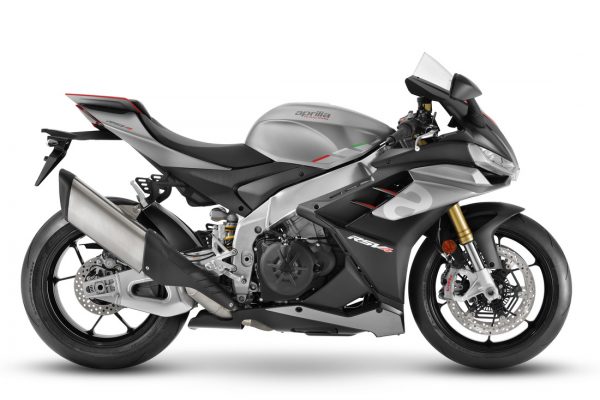 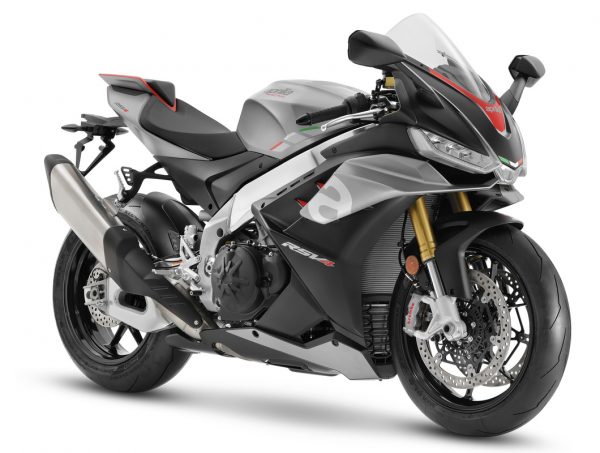 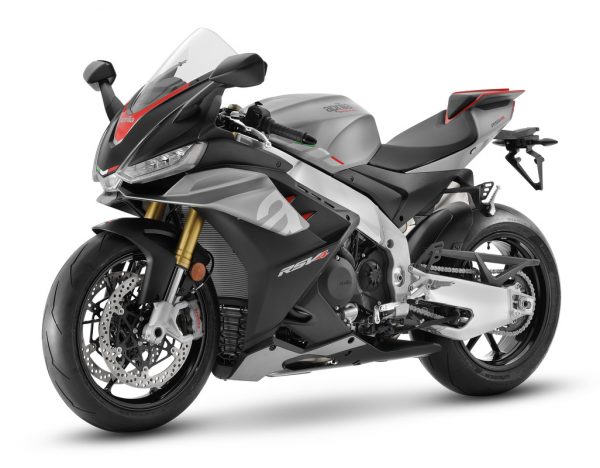 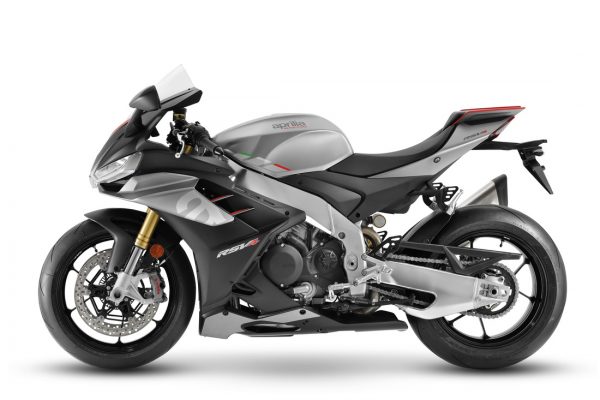 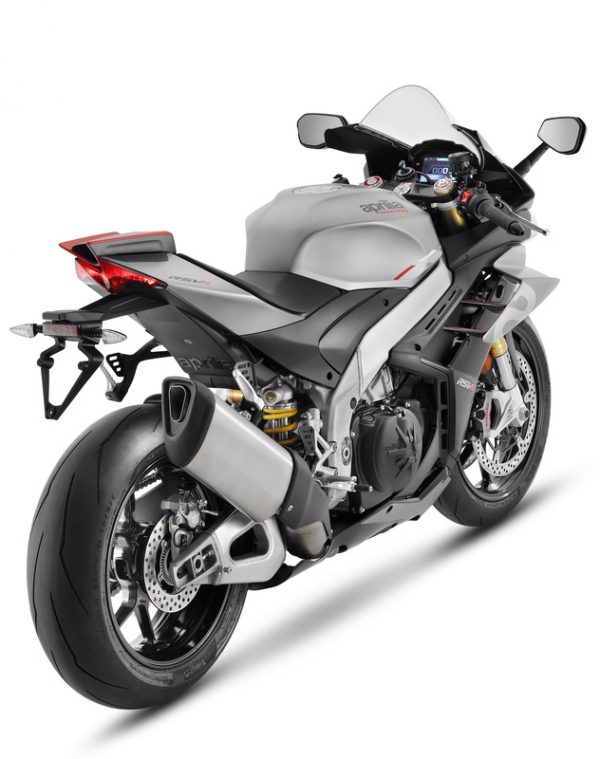 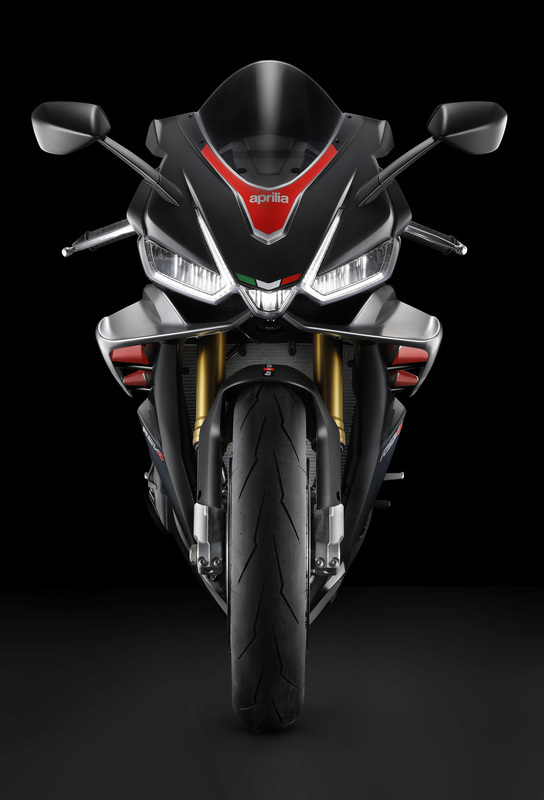 Evolution of a Unique and Victorious Project – More than 200 hp, greater performance, lighter weight, more effective on the track and new riding pleasure on the road, with the best possible technology provided by the advanced APRC and race ABS electronic controls.

INTRODUCING THE NEW RSV4, AN EVOLUTION OF AN EXTRAORDINARY AND VICTORIOUS PROJECT, UNIQUE IN THE WORLD.

NEW DESIGN WITH BUILT-IN WINGLETS,  IMPROVEMENTS TO THE ENGINE AND ELECTRONICS  PLUS NEW ERGONOMICS FOR EVEN HIGHER PERFORMANCE LEVELS

NEW APRILIA RSV4, THE UNDISPUTED POINT OF REFERENCE FOR SUPERBIKES

The history of the Aprilia RSV4 is one of the most fascinating motorcycle stories in the world. Built with the singular goal of winning on the track and in every comparative test, it has dominated for a decade, earning critical acclaim and  winning titles in every category in which it has raced.

This is the demonstration of an incredibly far-sighted design in a sector where motorcycles are the result using the very best technology available. The Aprilia RSV4 has been constantly updated and refined over time, consistently remaining the reference point for the 1000cc superbike market, the best example of what can be achieved by exploiting the valuable experience of a victorious Racing Department like Aprilia’s, which in its brief history has taken 54 championship titles, including seven achieved in the world SBK championship specifically with the RSV4.

Now a new RSV4 has been born, profoundly revamped, beginning with the aesthetics.

The new design is the result of a great deal of work done in terms of applied aerodynamics, confirming Aprilia’s commitment to studying increasingly complex and innovative solutions. The style, ,distinctly Aprilia, taking elements from other models in the family, and the shapes modeled in the wind tunnel resulting in extremely low aerodynamic resistance coefficient, with a significant benefit in performance at high speeds, also increasing the air pressure in the airbox, which all increases downforce.

The winglets are no longer an additional element on the panels, but are integrated into the double-wall fairings, a solution that optimises stability at high speeds and improves engine cooling, it also diverts the hot air flows away from the rider, in addition to representing a highly aesthetic feature.

The triple LED front headlight unit, featuring perimeter DRL lights represents the lighting signature of Aprilia sport bikes and includes the “bending lights” function: the pair of supplementary lights that illuminate the inside of the turn for increasing visibility when cornering.

The ergonomics are entirely new and improved thanks to the new fuel tank and saddle that allow the rider to fit perfectly with the fairings, more on board space and a more natural and relaxed riding position. The electrical controls have been redesigned to be functional and intuitive, and the new TFT instrumentation is larger and more complete. Thanks to the new Marelli 11MP ECU and the new, six-axis inertial platform is more powerful, electronic management has improved with control of the full Ride-by-Wire throttle and the APRC operating logic has also been refined. The exclusive suite of Aprilia electronic controls has also been completed with the introduction of the multi-level engine brake control. There are now six Riding Modes, three for the track (including two customisable) and three for the road (including one customisable): the rider just needs to choose the Riding Mode that best represents his or her riding needs to automatically obtain the best settings in terms of Traction Control, Wheelie Control, Engine Brake, ABS and the other managed parameters.

The ultra fine chassis architecture,  already responsible for a victorious dynasty that boasts 18 world titles and 143 Grand Prix races in the 250 class, has undergone a drastic change with a new swing arm that is lighter and with a reinforced lower brace, inspired by the Aprilia RS-GP used in MotoGP. This design lowers mass and increases the stability of the rear end under acceleration.

The legendary V4 engine, gains more torque, reaching now 125 Nm at 10,500 rpm, and retains its exceptional maximum power level of 217 HP at 13,000 rpm, thanks to targeted operations that include a new exhaust system and increased effective engine displacement, previously 1,077 cc, now 1,099 cc. All this while complying with the latest Euro 5 emissions regulations.

Got a question about this Aprilia RSV4 1100?